The show at Brooklyn's Union Pool on November 2nd was a blast.  It was the first time i had ever played any of the Jawbox cello arrangements with other cellists.  Somehow, through the Cello Mafia GrapevineTM, I was hooked up with Brooklynites Isabel Castellvi and Seth Woods, and I also recruited old friend (and former roommate) Jonah Sacks (Chris Brokaw, Dresden Dolls, etc) for the fourth slot.  I spent countless nights struggling with Finale music software, and finally sent everyone parts for seven songs at nearly the last minute.

It actually was the last minute when we all met up at Isabel's apartment for the one and only rehearsal.  Due entirely to the amazing musicianship and awesome attitudes of my fellow cellists, everything came together perfectly.  At Union Pool itself, we were blessed with The Best (and most accommodating) Soundman Ever, who ran around for 45 minutes straight to ensure that four cellists, each with a different amplification style, all sounded great in the small rock club.

The show itself was awesome, and the crowd's response was incredible, especially considering we were the opening act.  There is nothing quite like the sound of a live cello ensemble -- so much power and soul all at once.  I can't wait to do it again. 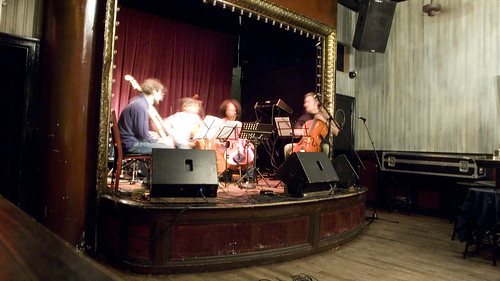 The stage was really small, but we all fit!  (Photo by J. Nordberg) 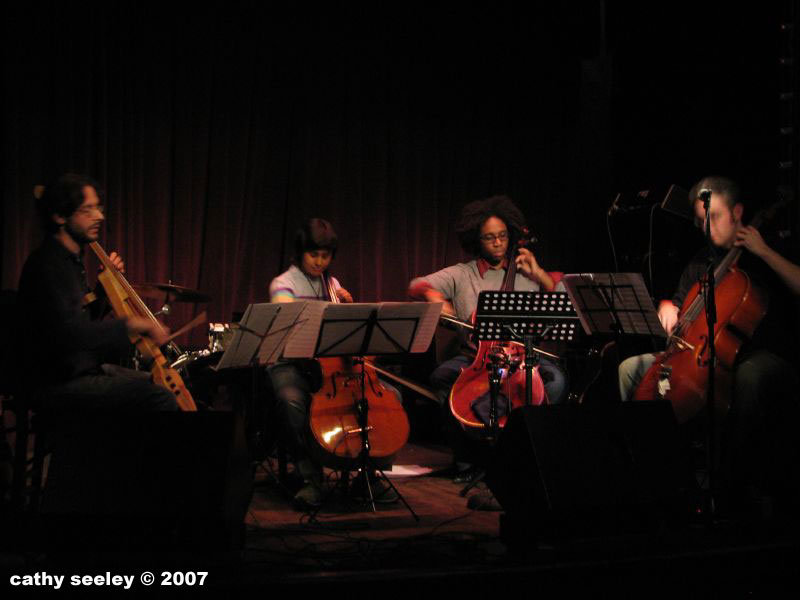