swith_drawn came up and we went into the studio. There is no good way to fully describe how awesome this was.

Stephen and I haven't played together much in ten years. We fooled around with some of my old guitar songs this past Christmas, but this was The Real Thing. I booked time with J Robbins at his Magpie Cage Baltimore studio. I wrote cello-based originals for the first time ever! We selected a few covers to do as well. There were only three days to rehearse, but we managed to pull it together. We even bought a djembe, after a trek with good friend Peter Maybarduk to a local traditional music store: 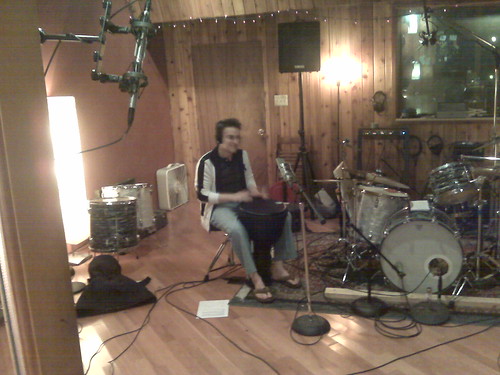 Stephen only stayed for the first two days of recording, but we managed to track all the drums in that time. Over the following two days I went back and tracked cello parts for a bunch of the songs. 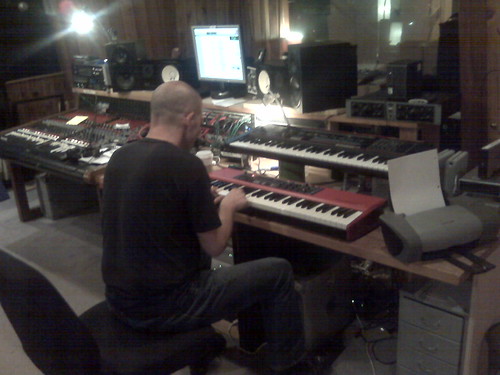 J contributed a bunch of great ideas, including playing piano here on one of the covers.

These recordings are the best-sounding thing I've ever done.  It was so awesome to play with my brother, and I am so excited to put this album out.  Of course it's amazing to be recording with one of my musical heroes, and to have him be psyched to do it.  I'll be heading back to Baltimore later this week to finish all the tracks - then it's time for mixing.  The whole thing should be done sometime in July, but I probably won't be able to put it out until fall.